Death of a Gentleman

Death of a Gentleman, the feature doc I’ve been editing about the demise of Test Cricket, has had   two ‘premier’s over the last ten days. On July 24th screened as the closing night film at the London Indian Film Festival,

and then on Monday 27th it had its official premiere at the Picturehouse in Shaftesbury Avenue. The picture below shows Sam Collins and Jarrod Kimber, the films directors. The response to both screenings was very positive! 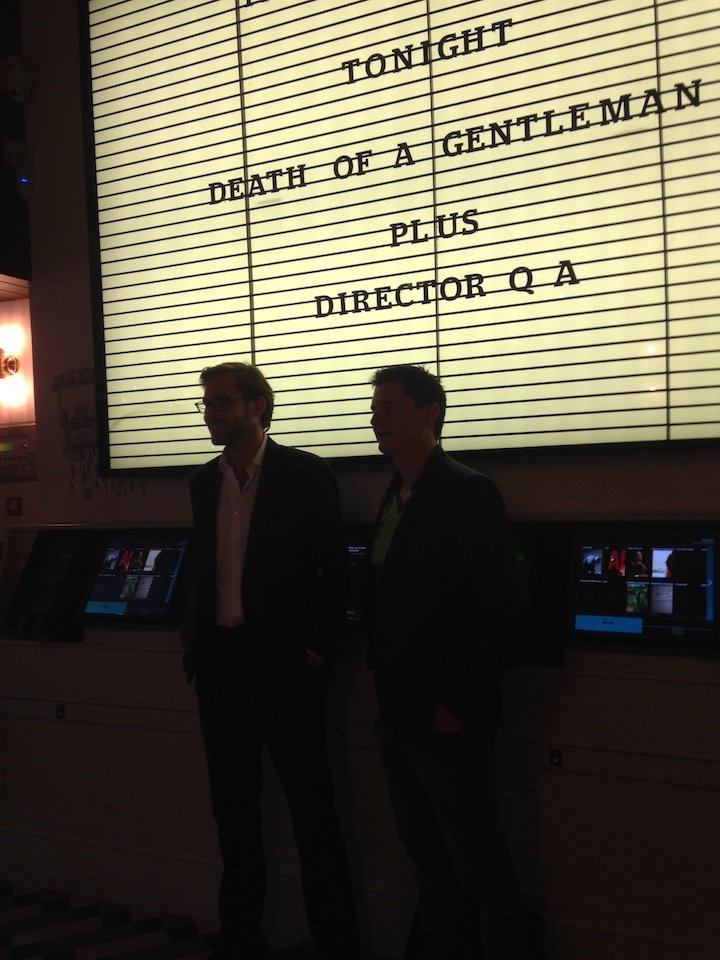