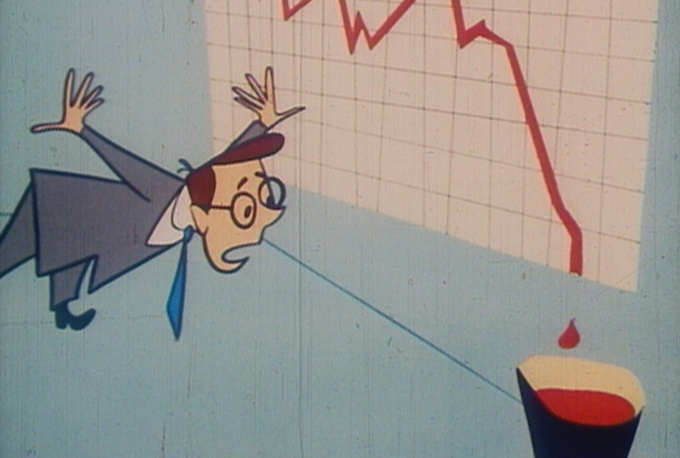 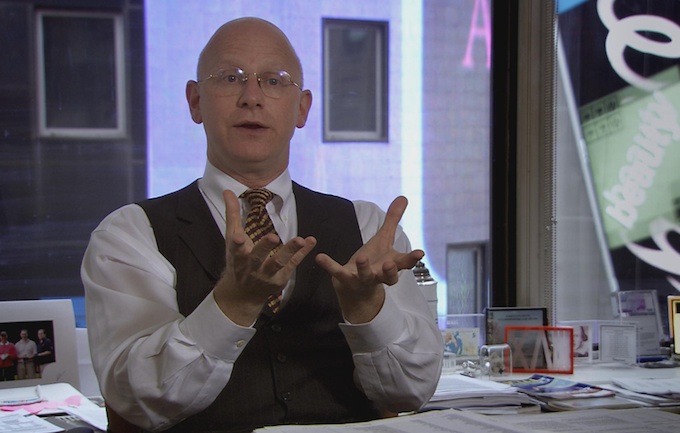 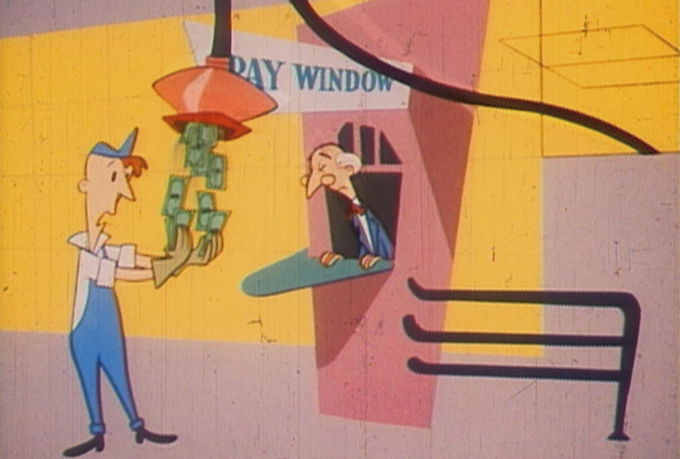 In 2009 Luke Johnson, the outgoing chairman of Channel 4, contacted Stephen Lambert, head of TV production company Studio Lambert.  His aim was to make the definitive film about the ongoing financial crisis.  To help produce the film, Lambert approached documentary specialists Christopher Hird of Dartmouth Films and David Sington of Dox Productions.  Everyone knew what the film was to be about; the only problem was what was the story going to be?

It took many months of research and recce trips to narrow down the film’s focus.  Not surprisingly, there were few in the banking community who were willing to appear.  But director David Sington, with his background in science, was interested in other things: the underlying causes rather than the chronology.  He would home in on the theorists not the practitioners, and on the first shoot interviewed some of the world’s pre-eminent economists including Joseph Stiglitz, Robert Shiller and Dan Ariely.  Back in the cutting room some weeks later, although we had a lot of great material, it was still not obvious what story the film would follow.  The personal stories were self explanatory, as was the Wall Street tour conducted by an ex Deutsche Bank broker, which would thread its way through the film and and act as a narrative.  It was just everything else that eluded us.

Several weeks later, director Sington unearthed a clue whilst reading an article in the New York Times.  It was a graph that illustrated one of the overlooked aspects of the crisis: the difference in income between the highest paid and the rest of us.  Staggeringly, in 2007 the top 1% of US wage earners took home 24% of national income.  The big indicator was that in 1929, when the world had it’s last great economic crisis, the figure was the same.  Sington immediately latched onto this, booked his flights and went off to talk to people who could explain.  Now we had a story, the final stage of the edit was to illustrate it.  Our film researcher, Jacqui Edwards, suggested using old public information films and supplied us with various cartoons from the Prelinger Archive.  These consisted for the most part of American propaganda films extolling the advantages of the capitalist system.  They gave us a really useful tool to help illustrate the difference between theory and practice…

“Wonks meet everyday Joes to explain the 2008 global economic crisis in writer-director David Sington’s intelligent The Flaw…. The ideas and points are made entertaining by Sington’s and ace editor David Fairhead’s ironical use of goofy, rarely seen, decades-old American cartoons educating the public on business, real estate and capitalism’s promise. The effect is less to make anti-capitalist jokes than to make the era of middle-class glory seem so distant.” Robert Koehler, Variety

“The old expression “the rich get richer” has never seemed more true than in David Sington’s devastating documentary The Flaw about the causes of the 2007 economic meltdown in the U.S. Talking to an impressive array of academics, bankers, and victims, he comes to the conclusion that the unequal distribution of wealth was behind the collapse. Using vintage cartoons to illustrate complicated concepts, the film is informative, humorous, and, at times, even entertaining… Outstanding archival work by Jacqui Edwards in collecting amusing images over which Sington and his editor David Fairhead could place the cold, hard facts, helps make the message understandable.” James Greenberg, The Hollywood Reporter

“Will you go to see a film about the American financial crisis of 2008? I hope you will, because this is one of the best films I’ve seen in a long time. David Sington has made a film which is hugely entertaining and hugely insightful… Editor David Fairhead has done a superb job with this material from training videos of the 1950s and early Sixties – the golden age of capitalism. Highly amusing now, at the same time it helps to build a picture of the historic background to the crisis.” Val Kermode, Eye for Film

“For anyone who has ever wondered how so many supposedly brilliant minds brought the global economy to the brink of meltdown in 2007, David Sington’s documentary is essential viewing.” David Parkinson, Radio Times

“”We just want one thing From Wall Street – we would like them to be able to do the math.” So snaps one incredulous corporate watchdog in Sundance darling David Sington’s damning doc on the financial crash. Sington tackles the unenviable task of making economic theory digestible to Joe public by interspersing talking heads with punchy animations that illustrate without patronising… Boffins and Wall Street-ers offer up a range of opinion, while three civilians paying the price inject a restrained dose of moral anger.” Emma Dibdin, Total Film

“This latest lively documentary on the 2008 financial crisis, features a former mortgage broker who works as a tourist guide escorting visitors around the ruins of Wall Street, the financial editor of the New York Times explaining how he got into near terminal debt, and the now familiar sight of the Democrat representative Henry Waxman skewering the dithering Alan Greenspan in front of a House committee. Unchecked capitalism, the growing inequality of incomes, the gap between the super-rich and the rest of us, simple greed and sheer stupidity are identified and explained as major factors. And the question is raised as to why the perpetrators of the mess are entrusted with the lucrative task of clearing it up.” Philip French, The Guardian