Moving Half the Mountain

(From the Radio Times listing) In 1943, Japan’s Imperial Army built a railway line to transport troops and supplies from Bangkok to Burma, using PoWs as ready labour. The horrors of the infamous Death Railway were immortalised in the 1950s classic The Bridge on the River Kwai, but many never spoke of it again. So it’s enormously moving to hear the last survivors – one is aged 100 – and a handful of former Japanese guards finally break their silence.

They recall the chaotic unspooling of the “forgotten war” and the brutal conditions in the camps – how they had to burn the bodies of those who’d succumbed that day and supplement the weevil-ridden rice with snakes and lizards. Their memories are illustrated with archive footage and haunting paintings by one of the PoWs.

“Helen Langridge’s superb documentary is a triumph of understatement. Somehow she persuaded a group of veterans to talk about their appalling experiences building the Thai-Burma railway. Some of them haven’t spoken about it for 70 years. Equally remarkable, the film has contributions from a number of the Japanese soldiers who guarded them, and who themselves had been brutalised and brainwashed.” The Times

“Alistair Urquhart thought only of surviving the day ahead when he was forced to help build the so-called “Death Railway” from Thailand to Burma. “There was never any hope,” he says. The deprivations suffered by PoWs are conveyed here both through interviews and via images created by another survivor, artist Jack Chalker. This engaging documentary also includes the reflections of Japanese guards, men brutalised by a militaristic regime, and serves as a reflection on regret, trauma and ageing.” Jonathan Wright, The Guardian

“Affecting though they may be – however – their stories are not the most telling element of the film. What really moves is the demeanour of the survivors themselves. Almost to a man they demonstrate a degree of forgiveness, of acknowledgement, of coming to terms with their experience – that is humbling in the extreme. These men had come face to face with the very worst of which mankind is capable, and their survival – and subsequently fulfilled lives – leave us a lesson the we would do well to heed.” The Imperceptible Immigrant (Blog) 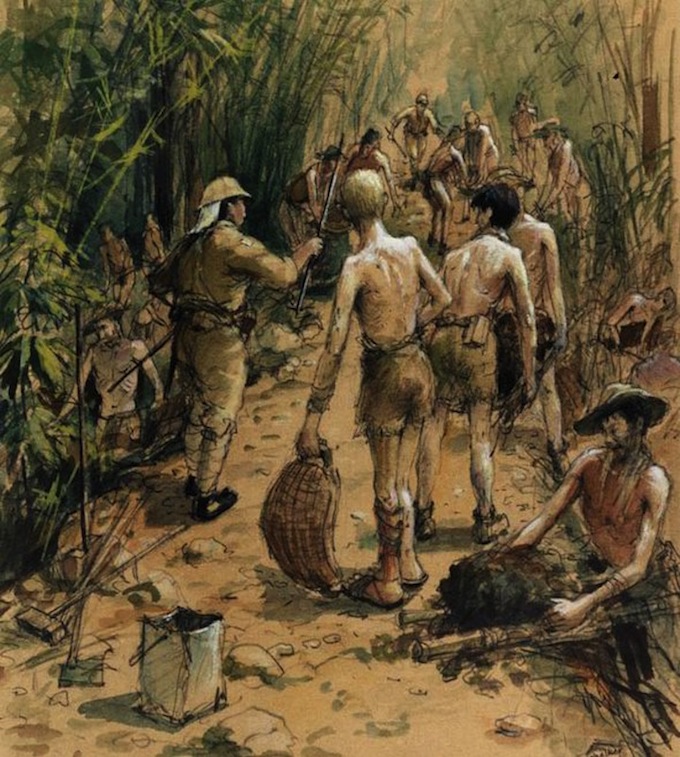