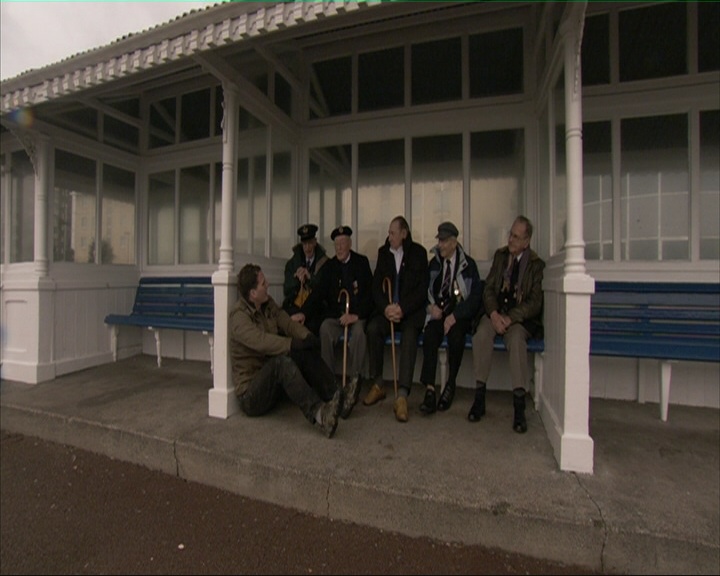 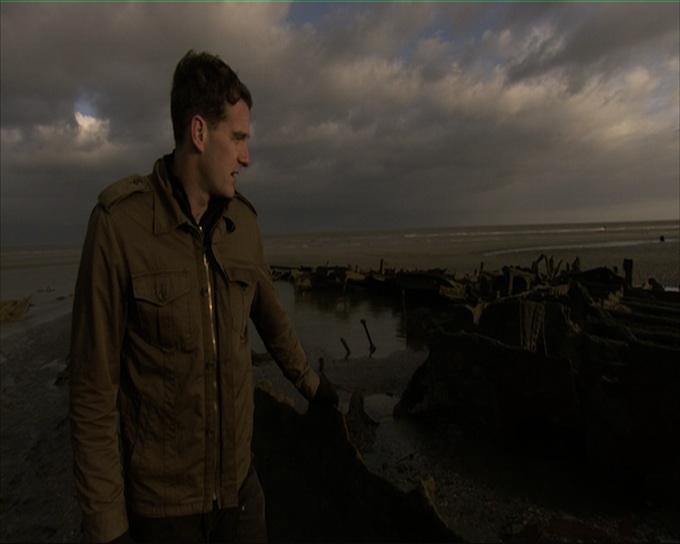 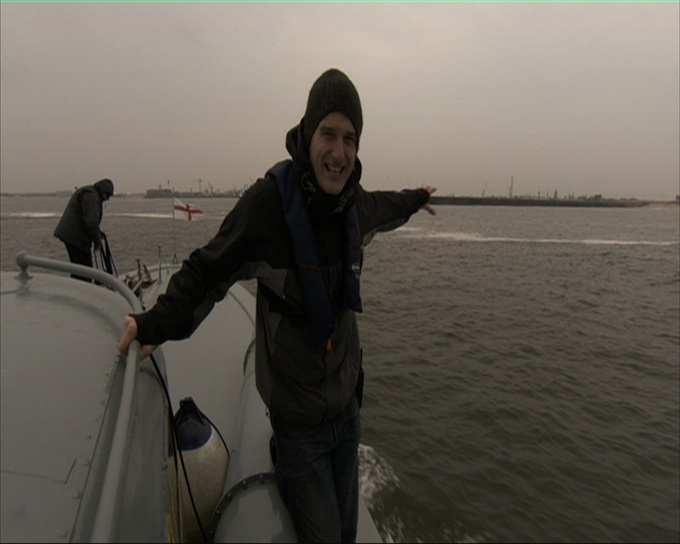 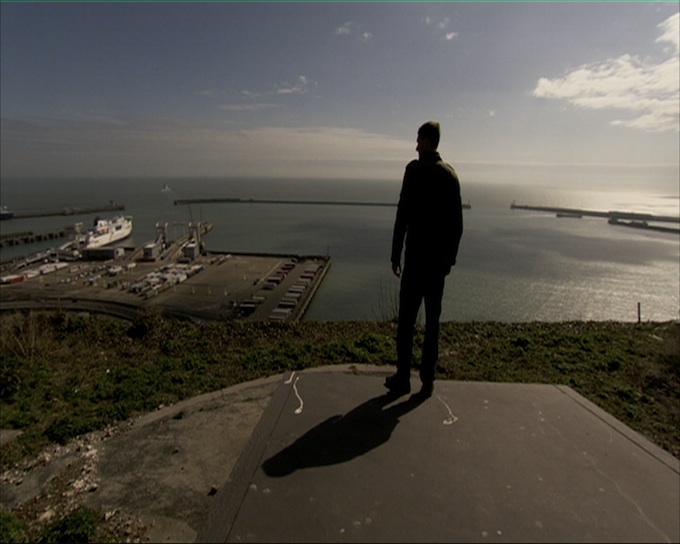 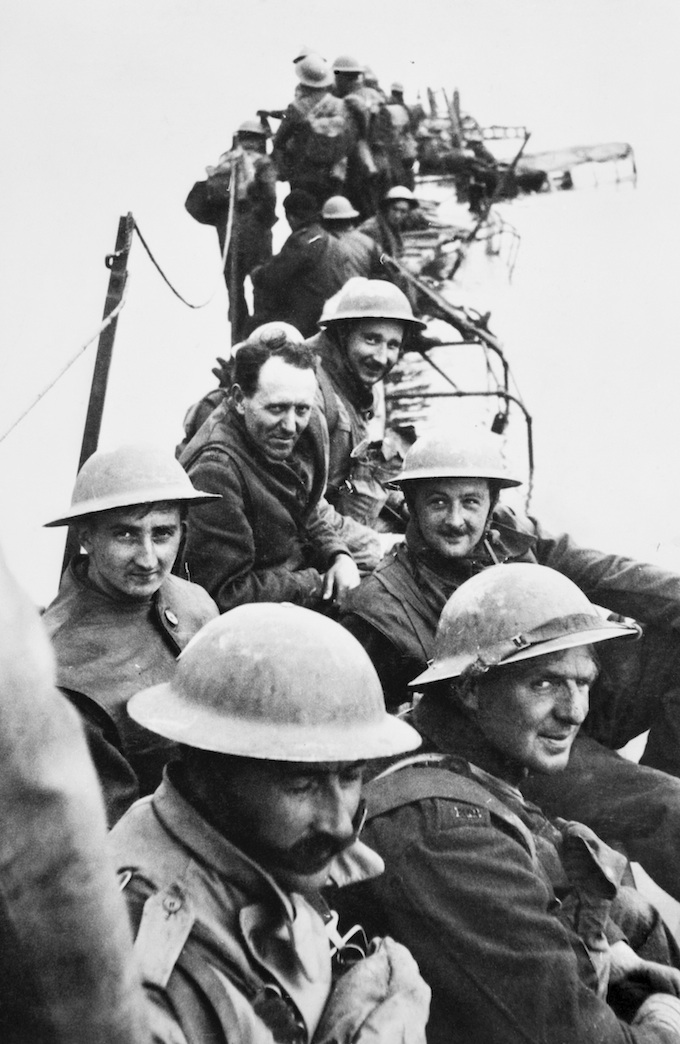 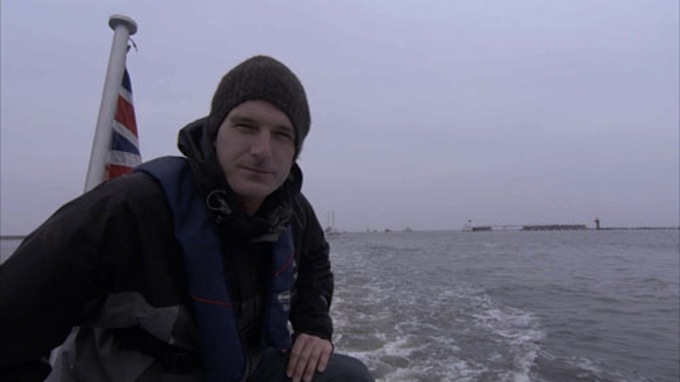 This film came about because of a conversation in 2007, at a New Year’s Eve party.  Chatting with a fellow guest, it turned out that his brother was the owner of a Dunkirk Little Ship, and was intending to cross the channel in the company of 50 others on the 70th anniversary of the evacuation, two years hence.  A few weeks later, I found myself on the Thames at 5.00 am, filming on a twin-screw gentleman’s motor yacht called Hilfranor, in the company of Simon Palmer, the boat’s owner.

Many months later, and after much more filming with Simon and other members of the Association of Dunkirk Little Ships, I sent an 8 minute promo to an Executive Producer, Paul McGuigan, at the BBC whom I had previously worked with on the Battlefields series.  He liked the idea, liked the promo and promised to take it to the powers that be at White City.  And so, over a year after my first trip downriver, the film was commissioned.  However, there was a catch.  The grown ups at the BBC wouldn’t let me direct the film (what’s 25 years experience in the cutting room worth?) and instead insisted that I have a BBC producer in charge.  In the event, that was a very good thing, because Linda Sands turned out to be everything you wish for in a good producer – confident, bright, creative – and brilliant at juggling budgets.

Our first act was to make sure that Dan Snow, our presenter was available.  Dan had been in the loop right from the start, but he’s a busy chap these days and we needed to book him.  That done, Linda and I then wrote the script, which wasn’t as straightforward as it sounds.  Linda was based at BBC Northern Ireland at the time, and I was working on another job, so the only opportunity was to meet up twice a week in the evenings when she passed through London.  This, coupled with the fact that she was pregnant and I was working long hours, was quite trying.  Our respective spouses were very patient.

In February, scraping the money together from our budget, we went to Dunkirk for a 2-day recce. trip, in the company of military historian Paul Reed.  Basing ourselves in the charming Belgian town of Veurne, we had a shopping list of battlefield locations we wished to visit.  Paul’s extraordinary knowledge took us to every one of them, and got us back on the ferry a day later with 20 minutes to spare.

Three weeks later, we were out in Veurne again, but this time we were with Dan and our crew, Jim Ashcroft the cameraman and Stuart Hood, the sound recordist.  It’s an extraordinary thing – especially for an editor who is normally never on location, or involved in the production process – to hear words you’ve written come alive.  We’d already done a day’s filming at Dover Castle, and now we were rushing round Flanders, getting Dan to walk here; talk there; look at that.  Perhaps the highlight of the shoot – but maybe not for Dan  – was the PTC (Piece to Camera) we recorded in the surf at Bray Dunes.  We’d been keen to film something like this from the very beginning, as this was how the soldiers had waded out to the Little Ships back in 1940, with the water up to their chins.  Against our urging, Dan decided that he wouldn’t wear a wet suit under his clothes, as this would break the BBC ‘Safeguarding Trust’ guidelines.  Also he figured that as the soldiers had done it, so would he.  Unfortunately, the water in early March is quite a bit colder than late May, and the PTC was very nearly un-useable due to the sheer number of expletives emitted before he turned blue.  Fortunately, I was able to cut around them and it was one of the film’s most popular sequences.

We started cutting a week or so after the shoot finished.  We already had our musical theme, as Philip Sheppard, in his usual fashion, had written the most gorgeous suite of tunes.  We had also tracked down a lot of the archive we wanted to use, in particular scenes of the evacuation which had been captured by the only newsreel cameraman to actually make the trip over: Charles xxx of Pathe News.  Pathe still hold the original rushes, and we were able to make good use of this, although to my lasting irritation, the budget couldn’t stretch to allow us to get them on HD.

The final and most important part of the film came on May 28th, when we crossed the Channel again in the Little Ships.  As we left Ramsgate harbour, once again in the company of Simon Palmer, it was quite an emotional moment to think that 70 years before, these very boats had embarked on the same crossing.  However, we had work to do, and we covered the crossing with four cameras – which was just as well, as the choppy conditions made filming very tricky.  The reception on the French side was extraordinary, with crowds of people waving the boats in.  Unfortunately, we had no time to enjoy the atmosphere because our trip back, HMS Raider, a P2000 fast patrol boat, was waiting to take us home. But she was in another dock over a mile away.  After getting help carrying all our kit from the officers of HMS President, we finally set sail for home.

Four more days of editing followed, right through the bank holiday weekend and through the Monday night as well before we were finished.  But sometimes, that’s what it takes to get a film onto the screen.  Final Post was at Molinare, with the entire audio department in D’Arblay Street eventually helping mixer Steve Cookman out with the dub.

The film screened on Thursday June 3rd and was watched by almost 3 million people.  It was shown again on the following Saturday, when another million watched it.  Best of all. it gained the highest AI (Audience Appreciation Index) of any programme on any channel for the whole month of June.  So we must have done something right.

“Finding a new way into retelling a story that has been told so many times before is not easy, and Dan Snow’s Little Ships (BBC2) started out better than most… What made it come alive – and ultimately made this a memorable film – were the surviving veterans. In five or 10 years’ time, when another Dan sees fit to make another Dunkirk documentary, there may be no one left to link the present with the past. No one like Vic Viner, who organised the boat lifts on the beaches, while his brother Bert burned to death along with 300 others after the paddle-steamer Crested Eagle was hit. No one like Harry Malpas, for whom the memories of the Royal Warwickshire soldiers massacred by the SS are flesh and blood and voice, rather than mere names carved in granite on a remote coastal war memorial.” John Crace, The Guardian

“I’ve noticed something about Dan Snow. He doesn’t – ever – just present something straight. He always has to be doing something: sailing, hiking, driving… Anyway, there he was last night, leaping in and out of cars, on and off boats, and in between trees, all while presenting Little Ships, the BBC’s documentary to mark the 70th anniversary of the Dunkirk evacuation… [Which] was really very good indeed. Flicking between accounts of Hitler’s actions on the Continent, goings-on at Westminster, and interviews with Dunkirk survivors, Snow captured the operation’s urgency and scale very nicely. Footage of troops blowing up bridges was accompanied by maps of German strategy and clips from the BBC World Service announcing Belgium’s appeal for Allied help. In one particularly moving encounter, we met Harry, one of the “Little Ships” stewards. He remains disarmingly unimpressed by his own bravery but was clearly very moved by a plaque, pointed out to him by Snow, commemorating his fallen colleagues. “I knew Stokes,” he remarked reading through the list of deaths, before putting his hand up to the board, giving it a swift tap, and walking away teary-eyed. It’s quite remarkable, the sense of inevitability, of duty, that these men felt about the whole thing. “Did you know at all what you were letting yourself in for?” asked Snow of one of Harry’s colleagues. “Ha. We had a rough idea,” he replied. “I think it was a fiver we were offered to go over to France. Five shillings.” Alice-Azania Jarvis, The Independent