“Every year, for 8 days in July, a herd of massive fighting bulls power down cobbled streets, along with a petrified mass of thrill seekers. The dark beasts roar and skid; men with red bandanas are scattered like skittles. It’s all about the primordial thrill of the scariest chase in the world. Years in the making, this sumptuous HD documentary gets unprecedented access to the Running of the Bulls; the camera so close you smell the fear and hear the snorts of the raging beasts…

The high speed HD cameras race along over head cables above the streets recording the action from impossible angles, offering intimate and lasting views of the taught relationship between bull and runner. Bravado and beer create a heady mix to ward off nerves. Runners ask the saints for protection, as when you run the bulls sometimes tragedy happens. The tension builds and then, through the dust come the bulls. It’s the moment to put away fear and start to run and above all, start calculating how not to suffer the sharp slicing of a furious horn or the dull blow of a hoof with 700 kilos of weight behind it…

Yet behind the glory of tradition lurks pathos: protesters calling for a bullfighting ban lie in the streets, daubed in black and red. And young Nicholas Ward lies in hospital choking back tears. What began as a tourist trip ended with him being trampled by a bull, his back broken in three places. As photojournalist Jim Hollander puts it “Death is in the streets and the only way to capture the race’s spirit is to photograph something dripping.” Some will never run again, none will ever forget the experience. All have their own motivation for wanting to make a public spectacle of playing with death. A documentary with all the drama, colour and vivid crispness of a feature film.” Zapp Box

“If one were to draw up a list of the top Spanish stereotypes, bullfighting and the running of the bulls would likely be quite high up, sandwiched between sexy dances and large hats. Yet, according to this documentary, bullfighting actually is enjoyed by a comparatively small percentage of the Spanish population. And yet any attempts to ban the sport for animal cruelty are met with fierce opposition from a good deal of the public. Why?

…The movie comes to an interesting conclusion: the appeal lies in the tempting of death. It seems like a very basic answer, but it actually makes a lot of sense. In the comfortable, middle-class world, physical harm is an extremely rare threat. But we are in love with danger. Our entertainment is soaked in it. We glorify it. So what’s to be done about facing death in order to feel alive? Why not run with a stampede of bulls?

Hundreds of people are injured each year during San Fermín. Fifteen have died since official records started being kept in 1925. We meet more than a few passionate bull runners in this film, more than a few of whom receive rather nasty injuries in the chaos. They’re true-blue enthusiasts, having attended multiple San Fermín festivals and developed specialized trampling-and-goring-avoidance strategies over the years. It’s all pretty nice to listen to, until it twigs in your mind that they’re talking about how they’ve become the best at an utterly absurd sport and then things just become surreal.

Bull Runners of Pamplona is a great look at the nature of tradition, and how we dream up bizarre entertainments in the absence of any true threats to our well-being. Risking bodily harm and torturing animals looks increasingly sane the more idle one’s mind is. The movie itself is far less judgmental than I am, of course, and that’s probably for the best. As a piece of informational travelogue, it’s extremely well-done.” Dan Schindel, Doc of the Day. 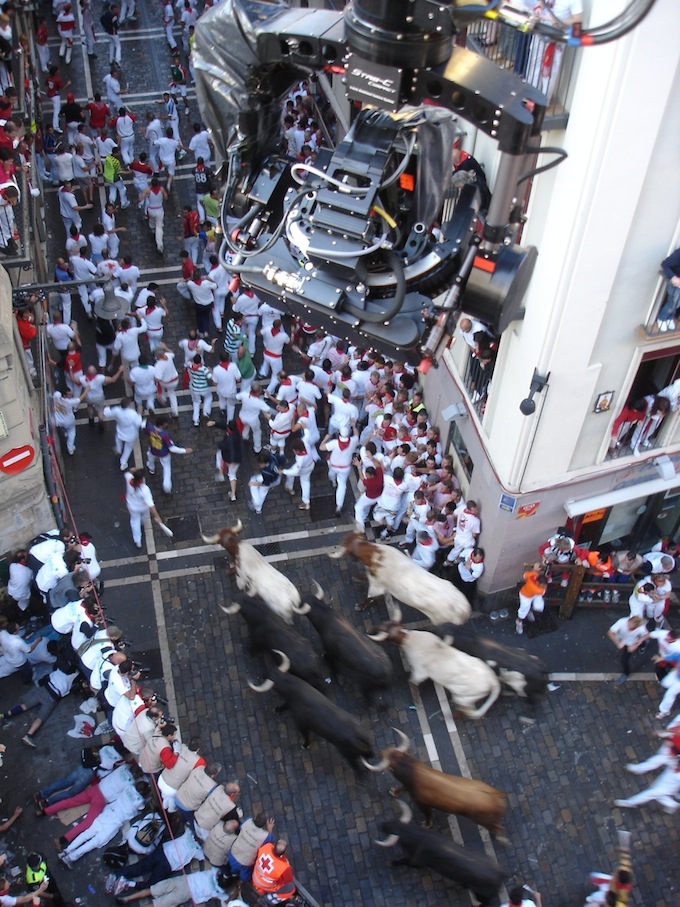 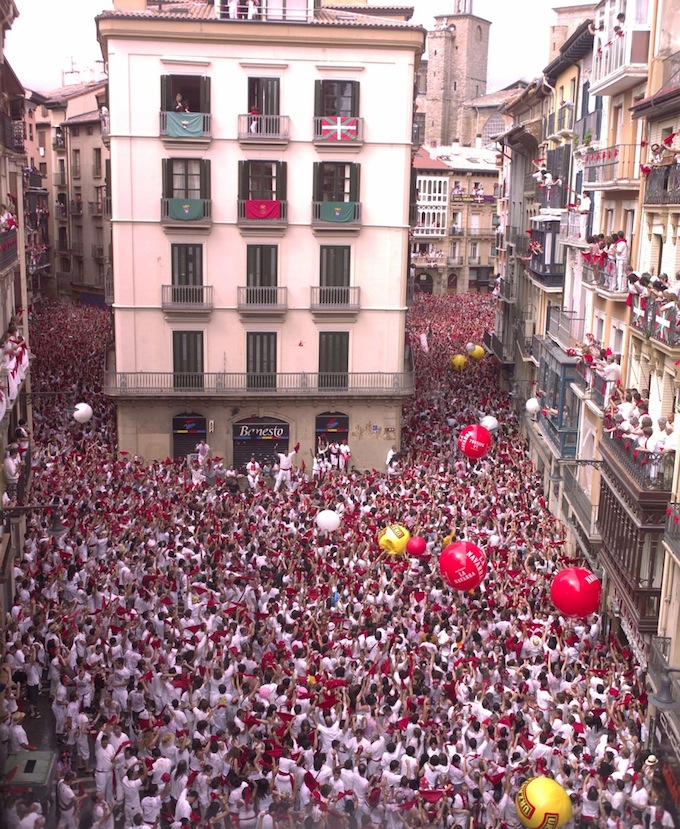